“Words can’t describe how happy I am of this huge achievement. Holding the Leader’s Jersey from start to finish of the VJRS (Victorian Junior Road Series) is far better than what I imagined myself accomplishing. It was certainly a tough series but totally worth the time, money and effort of traveling and training for the events.

The series started in Bright, travelled to Leongatha, then to Ararat, Casey Fields, Blackburn and finally Bendigo, where the racing concluded. Every race was hard, whether it was a flat time trial, flat road race, hilly time trial, hilly road race or even a road race that started and finished at the base and top of a mountain. Not only was the racing hard, but so too was the training.

My main goal for the year was the Alpe d’Buffalo (Mountain Climb) race that was the first round of the series. This was due to my great performance in the event last year (5th), which was at the time, a national event. My training peaked for this race and I was able to win the time trial, road race and general classification. I soon found out that the event was part of the VJRS and decided I would compete for the rest of the series. Because I peaked so early in the year and I had to keep training to keep my fitness up throughout the year, training got increasingly harder and my performances in races became worse. This is why the series came down to just 10pts between 1st and 2nd place (it was down to 6pts at one point).

Throughout the series, my performances in the time trials were rather good, winning 3 out of 4 of them. My performances in the road races were also pretty good as I didn’t lose too much time to anyone, allowing me to win the GC in each 3 out of 4 tours. It was only during the 4th tour of the series that my performance really dropped and I performed very poorly. I lost the time trial by half a minute and lost a stack of time in the road races. This had a huge impact on the series points, bringing it down to just 8pts between 1st and 2nd.

The last two races of the series were SUPER important as they determined who won the overall for the VJRS. I had a lot of pressure on myself to protect my Leader’s Jersey and this made me incredibly nervous before each race. On top of all of this, it was freezing temperatures BOTH mornings of the races, making it SUPER difficult for me as I’m not at all used to such cold temperatures. I mean, I was wearing 2 pairs of socks, leg warmers, arm warmers, a warm base layer, long fingered gloves, a wind vest and shoe covers and I was still cold!!

The racing on both days were in Bendigo. They were very fast races and I really struggled in the cold. The first day was flat and very fast, averaging 38kph. I came 6th in this race as I simply couldn’t keep up in the sprint. Thankfully, I only lost 2pts to 2nd place overall, leaving just 6pts between us.

The second day was crucial to my success. My only goal was to mark 2nd place and not let them get out of my reach. The race was relatively hilly and it was on an 11km circuit which we raced around twice. Just after we finished the 1st lap, there was a group of 5 off the front, including myself. The race finished up a hill and then a long downhill. When we hit the climb, we were attacked and I ended a good 20m off the back. They slowed up very quickly, allowing me to catch up. I then sat on a wheel that I knew was fast in a sprint and followed him all the way to the finish. This lead me to 3rd place in the day’s race and increased my gap in the series overall by 4pts.

I won the series by just 10pts over 2nd place.

Even now, I’m still lost for words in terms of how happy and proud I am to have won such a huge series for me this year. I’d like to congratulate all competitors and thank the organisers and volunteers for running such a fantastic year of racing.

Thanks to my sponsors, supporters and coaches for supporting me throughout the series. Also a special thank you to a generous supporter who aided in the travel costs for my flights for the last few rounds of racing in Victoria.” 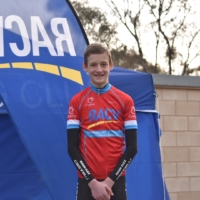 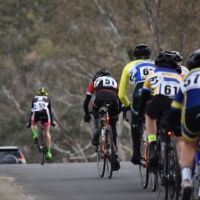 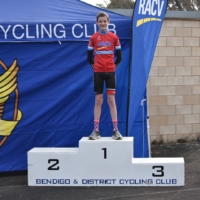 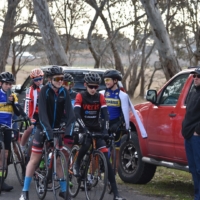 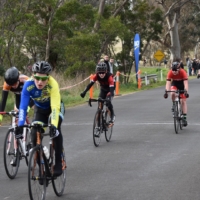 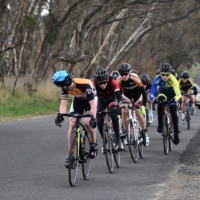