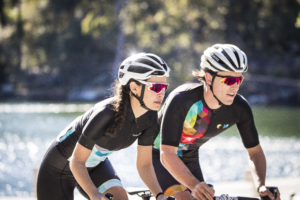 Local clothing manufacturer Pedal Mafia has been announced as the new clothing partner for the not-for-profit organisation, the Cycling Development Foundation (CDF). Pedal Mafia will supply the Veris Racing mens and womens teams with kit for 2017. Both teams are managed under the CDF umbrella.

Representative Jay Barron said Pedal Mafia was proud to support local up and coming athletes in the new sponsorship arrangement with the provision of custom made clothing for the 2017 local and national racing season.

“Pedal Mafia is about getting more people involved in cycling – at whatever level, whether it is a casual Sunday ride or a face paced group ride.

“These objectives are shared with the CDF an organisation that aims to create opportunities for women and juniors in the sport,” said Mr Barron.

“To be able to bring our clothing to a new community of cyclists is exicting for us and we look forward to contributing to further growth of the sport in WA,” he said.

CDF chairperson Craig Pennell said the new relationship was an indication of the groundswell of local support for cycling development in WA.

“We are thrilled with the new sponsorship arrangement and look forward to a long and positive relationship with Pedal Mafia,” said Dr Pennell.

The new kits will arrive in time for Veris Racing team members to travel to the Cycling Australia National Road Championships in Ballarat in January.

“Our riders are going to not only look stylish but feel proud to promote a local brand at the top level of racing in Australia,” said team director Brad Hall.

The CDF is a not for profit organisation that raises funds for development of junior and women cyclists in Western Australia.  To make a tax deductible donation to the CDF or for more information go to www.cyclingdevelopment.org.au/donate