Skip to content
Previous Next
Ride for Hope2Day Raises $16,000 for Youth’s

The second edition of the Hope2Day ride has raised $16,000 for Youth mentoring in the Goldfields region, W.A.

Extending on from the success of the 2017 SMEC Ride for Hope2Day this years event raised 4 times the amount of the inaugural year.

The total amount raised will see around 16 youths accessing the program from the Laverton area.

CDF and Veris Racing director, Brad Hall, commented on the great importance of the event in raising the profile of this program in the Goldfields Region;

“The ride for Hope2Day is growing in momentum every year. Through the support of Barry Wilson of SMEC in WA, Adam Lamond at Veris Limited, and Brett & Cameron of Euroz Securities we have been able to gain an increased traction with a corporate audience. This combined with the incredible support from elements of the WA cycling community has enabled us to host a fun and supportive event for all cycling abilities.”

He also commented on additional exploits being pursued in the greater Laverton area;

“In July this year we delivered our first mentoring program with Hope2Day in Laverton, with incredible success. An average of 33% increase in school attendance was cited, and in one case an individual who had not attended school for more than 2 consecutive days, attended school for 15 consecutive days and is now entering a possible engineering internship. This was owing to the program itself and the opportunity provided by those that raised funding, key to the program delivery.

In 2019 we are seeking funding from Government and other private sources to complete a year round project that will see cycling form an integral part of the Laverton community through the formation of a Laverton Cycling Club.”

Finally Brad commented on the incredible generosity of the WA cycling community;

“The ride brought together a vast cross section of the WA cycling community. In fact, the ride had a 60% female participation rate alongside a women’s only cycling peloton (group of cyclists). On average each rider raised more than the minimum individual fundraising amount lending weight to the generous nature of the cyclists participating. We simply could not run community events as far reaching as the Laverton project without the rider support and generosity. 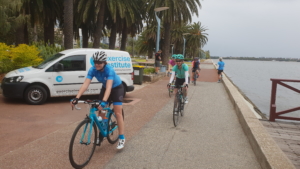 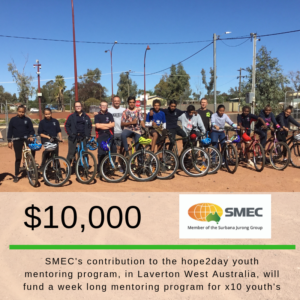 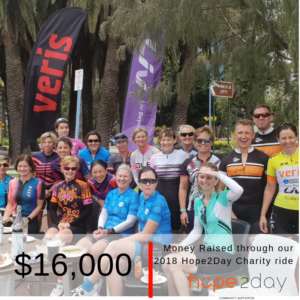 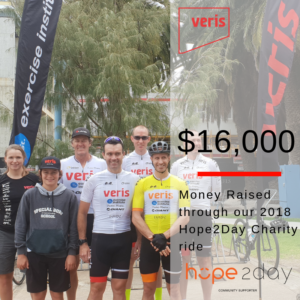