It has been an incredible start to the 2022 season with 4 events occurring within 6 weeks of each other.

This has all occurred within the back drop of an on boarding process commencing in September of 2021, which introduces each athlete to the training environment that exists at the Cycling Development Foundation NRS Racing (CDF) team. This allows athletes to ‘try before they buy’ the racing structure unique to the CDF.

This structure means each athlete is training, coached and managed internally using systems developed by service partner Exercise Institute. The net effect of this process is the athlete’s development is cultured day in and day out through an athlete-coach relationship inherent to the CDF’s racing goals. It is a development pathway first with racing a by-product of this development process that we all strive for. To this end we strive for self-improvement as priority, with results an eventual outcome of this process.

The first event of the year was the National Championships in Ballarat Victoria. We realised a raft of notable achievements from this young developing team, both male and female members, with an average age of just 21 across the 20 person squad.

The athletes have been working tirelessly toward this event since September 2021. The days leading into the events included reconnaissance of technical aspects of the time trial, road race course and the criterium circuit so familiarisation is enhanced.

As far as self-improvement goes we had seen improvements in peak power numbers in individuals ranging from 5-15% across the 3 month build into the event, evidence of their hard work and dedication.

Highlights, results wise, for the team include the following:

One week after the National Championships we attended the Santos Festival of Cycling Tour Down Under event for both female and male athletes. This iconic event featured the acclaimed climbs of Willunga hill and spent large amounts of time riding through the Adelaide hills of McLaren vale, Mount Lofty and others.

Both the male and female teams did well here against Australia’s best foreign and domestic professional athletes. Most profound was the team cohesion developed across the 4 days of racing for each team. After stage 1 our first team briefing was somewhat solemn with discussions focusing on applications around riding position in the peloton and riding as a single unit, which was somewhat lacking, more so for the men’s then the women’s team. To both teams credit however, the next day, and days ensuing the team’s rode with large improvements in their tactical application, which was notable from the team vehicle, riders own experience, and via the live telecast on channel 7.

Highlights across the 7 days of racing included: Mackenzie Coupland, at just 18 years of age, finishing a tour as the youngest rider (much to the delight of her team mates, race organisers and officials); Brendon Green, one of our senior rider’s (25yrs) riding the final break away of the tour to finish 4th in a two man sprint for 3rd up the infamous Willunga Hill and narrowly missing out on claiming the green sprinters jersey by 1 point in the process; and, finally Hannah Seeliger finishing 3rd in the young riders jersey for this event, again extending on from her credible 5th at the Australian National Championships a week earlier.

Aside from these outcomes, the manner in which the team came together to ride as a single unit was inspiring and shows their own ability to adapt to difficult racing.

Two weeks after the Tour Down Under events we completed the final block of racing in the 2nd and 3rd NRS calendar events Tour of Gippsland and Melbourne to Warrnambool racing programs.

Gippsland features difficult climbing stages for both male and female teams. Despite experiencing some incredible fortune in both events, the team rallied well to do their best.

In the men’s event 60% of our team came down in a bad crash after just 4kms of racing, meaning 40% of our riders were out of the event before it had effectively started racing. A huge blow to our aspirations here. The men fought on well though and even came together in attempting to set Brady up for an attack through the 2nd stage of the event, with Joe being instrumental to this process. Daniel Potter a young rider from South Australia also showed incredible application at this event, riding excellent position and improving on his performances at nationals and Tour Down Under to assist in locating Brady in the final sprint phases with team mate Will also assisting here. Brady forever the agonist in these races, preferring to ride aggressively to the point of failure (cramping) managed to navigate his way around the later stages of the tour without succumbing to this form of muscle fatigue. Indeed extensive work has gone into identifying the causes of his premature cramping through nutritional consultation, sweat rate analysis and more; I feel that the tide is turning here as Brady is becoming more resilient to the demands of racing and learning how his body responds uniquely to this load. These are some of the learnings that only come with racing experience and I am proud to note here that these riders have used their opportunity in racing to further their skills for their own or team mates benefit. Daniel managed to finish 4th in the young rider jersey classification which is testament to his own physical fitness, application in training and also his ability to develop race craft over the races since nationals. These are all clear evidence of self-improvement, which is central to the CDF’s processes.

The women’s team also showed good determination through the Gippsland tour, with Hannah again finishing 4th in the Young riders jersey at this event. Hannah is able to ride in the front group of riders over most climbs, with the bulk of our team riders able to ride in the second group where pure fitness is required to distinguish this seeding. Despite this ability gradient, all our female riders were very proactive in following pre-organised racing plans to optimise success for the teams benefit. Serene Lee and Emma Pratt in particular ride very proactively in this regard. Likewise Lucie is coming off a year of Glandular Fever and associated symptoms to build back toward her real capacity as a rider capable of powerful finishes.

This then leads us to the Melbourne to Warrnambool (270 km) and Colac to Warrnambool (156km) for our male and female teams respectively. The men’s race was fought across constant cross winds and an average speed around 44km/hr. This saw 80% of the field stay together until the 200km mark where cross winds along the coast began to whittle the field down to an eventual 25 riders. Brady was the last rider to make this selection from the team. His efforts in being here where a culmination of good nutrition, rider positioning and team work, with riders consistently feeding Brady and ensuring his place in the peloton was secure. Indeed at least one of the riders, in Jaxon, made it his calling for the day to ensure Brady’s nutritional needs (to prevent cramping) where actualised almost hourly. In separate instances each rider in the team often discuss their desire to assist the other, so I see Jaxon’s application here as evidence of an emerging culture within the team.

Brady managed to finish 12th in the sprint to the line and indicated how he was not able to get a clear run in the final push to the line. This is typical of the ‘sprinting experience’ where really only 3-4 riders get to displace an all out effort as the remainder jostle for position against other likeminded finishers. Brady’s ability to sprint is good and he is taking every learning experience to hone this craft through racing experience and subsequent discussions/debrief. Indeed this highlights how racing is a product of fitness and technique (skills, tactic, knowledge) in achieving an outcome or result and not fitness alone.

The women’s Colac to Warrnambool event is now the longest one day race in the world for women. Our athletes were well prepared for the event, with an average speed of around 37km/hr and a block headwind for much of the race demonstrating just how strong Australis best athletes are. Our riders rode well and to plan for the race.

We managed to make several small breakaway groups on the road and were proactive in attempting to establish an early breakaway. Around the 80km mark a small group of riders rode clear without CDF being represented in this break. Our team valiantly rode the front of the remaining peloton, alongside Giant Racing Team, to attempt to neutralise the break from riding out. The break was held at 30s, then 40s for a period of around 5km’s or so, before our attempts to close were forfeited. All 5 major teams were presented in this split, thus 2/3rds of the field was now happy to sit and allow the break to ride out. From here our riders rode for Lucie’s finish in the final, where she ran a credible 5th in the peloton sprint, launching with a 45 second early surge to the line, finishing 13th overall and 3rd on the young rider classification. Again a testament to the team’s ability to ride for a common cause and Lucie’s emerging fitness.

From here we have the remaining NRS events of the year in Oceania Championships Brisbane, Grafton Inverall New South Wales, the 4 week Belgium racing campaign, the 3 NRS events across August, with the Tour of Tasmania the final NRS of the year in November.

We should also make mention of the incredible announcement in Mackenzie Coupland’s selection to race with the Australian National team as an Under 19 athlete in Belgium this year. Mackenzie has come through the Junior Cycling Academy into our Elite ranks and as such demonstrates the possibility inherent when athlete’s work alongside our high performance development programs at the CDF. Make no mistake, Mackenzie’s selection for this position is a testament to her hard work and dedication in training, incredible familial support, a raft of opportunities provided through her club Track Cycling WA and others such as Midland and XSpeed cycling club programs, and indeed the entire WA cycling community that supports this minority sport in Western Australia. Opportunity is why we do what we do at the CDF and this is the exact outcome our sponsors and partners believe to be evidence of our high efforts. We wish you all the very best Mackenzie. 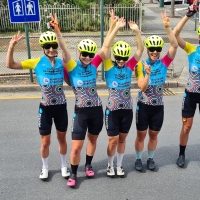 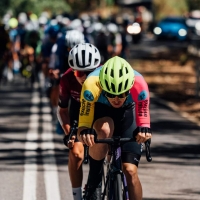 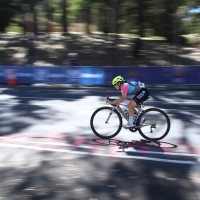